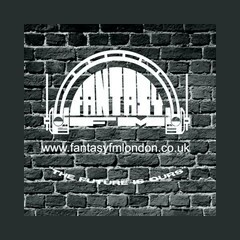 On air since the Acid House summer of love 1989 Fantasy started life broadcasting in August of that year on various frequencies 98.6 98.7 & 98.1FM across London and the surrounding counties. Fantasy soon became the leading underground radio station for the underground House, Techno and Rave music sound that was taking the UK by storm and stayed on the FM dial until 1991 when it came off air to pursue its legal licence attempt to broadcast via the Astra Satellite through cable TV. As well as being the No1 dance radio station for clubbers & ravers Fantasy also hosted some of London’s biggest and best raves at the Astoria where ravers flocked in their thousands to hear their favourite Fantasy DJ’s drop the latest sounds. Now Fantasy is back broadcasting 24/7 online and supplying you with the best in new & Oldskool Dance music from classic Chicago House, Detroit Techno & Acieeed to cutting edge Drum & Bass, Trance and new Dance music flavours served up by a host of both original and new Fantasy FM DJ’s and run by its original Boss...Foxy (aka The Mystery Man).