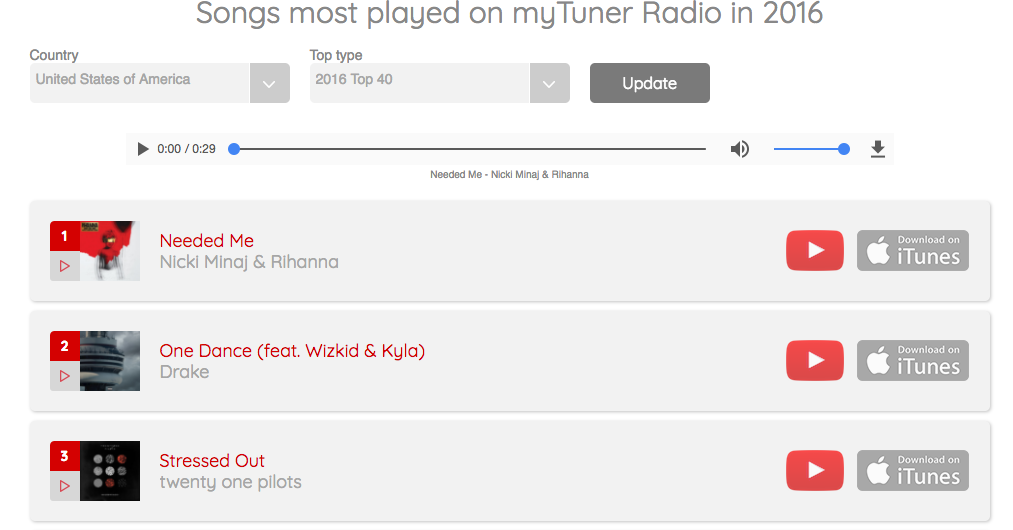 Every year there’s a couple of new songs that leave a mark in our memory.

When we think about 2015 we remember musics like Shut Up and Dance by Walk The Moon or Hello by Adele.

And 2016? What were the musics that left a stamp in your life?

myTuner Radio users made their preferences very clear, and today we share with you what were the songs most heard by our users in 2016.

Rihanna, Drake, Twenty One Pilots, Justin Timberlake or Bruno Mars were just some of our user's favorites.

Are you ready? Here it is, the Most Played Songs on myTuner Radio in 2016 chart: 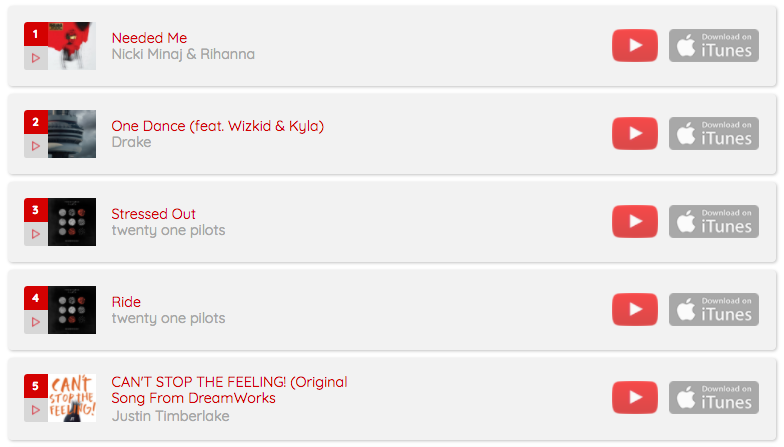 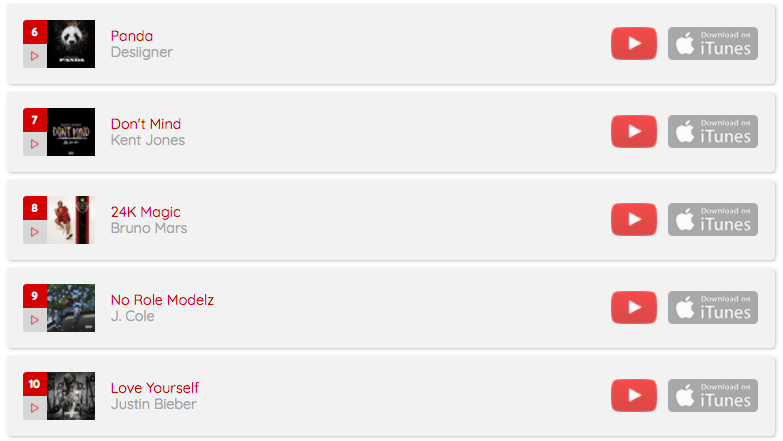 Check out the complete Chart (Top 40 Songs Most Played on myTuner Radio in 2016).

The 10 Most Influential Talk Radio Shows' Hosts in America