Listen to All of La Mega's Radio Stations on myTuner Radio 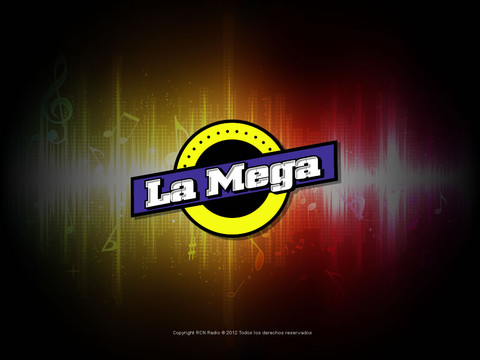 La Mega radio is a popular Colombian radio station present in 16 different cities across Colombia. This station belongs to RCN (Radio Cadena Nacional) network and it is focused on young peoples’ tastes, of 12 years old and above. La Mega radio has a webcast called “La Mega Web” featured by Sonny and it broadcasts the nationwide the show “El Cartel de la Mega”, which is according to a radio audience research by ECAR, the most listed radio show at night in Colombia.

La Mega radio is also known for organizing concerts in the capital city of Colombia, Bogotá, an event currently known as “La Mega Fest” and formerly by the name of “the concert of our land”. This event was created with the intention of bringing together and promoting Colombian artists and for this La Mega radio created the “Our Land” award ceremony in which the most important national artists are awarded, regardless of their music genre.

On the 12th of November the La Mega radio will feature the Megaland Festival that will take place in the Parque Simón Bolivar and it will feature artists such as Pitbull, Faruko, PISO 21, Mike Bahía among many others. But this is not all, La Mega radio is also involved in other music events such as “La Mega Movistar Fest”, and other music concerts.

La Mega radio success depends largely on its radio programs. The “El Mañanero”, “El Megáfono”, “El Cartel”, “El cartel paranormal” and “El cartel casa infieles”, among others are just some examples of what you can listen to on La Mega radio station. When it comes to radio DJs Alejandro Villalobos, Daniel Trespalacios "Tripas", Edward Pinzón "El Shirry", Santiago Correal y Adrian Magnoli are just some of the La Mega radio DJs that will do everything within their reach to help you have a great day.

Another option is for you to download the myTuner radio app and search La Mega radio station on the search tab of the app. Remember that on both of them, on myTuner’s website and on the app you can filter by country, city and genre, so it’s pretty easy to find whatever station you’re looking for.

If you’ve always wanted to learn Spanish now is a good time! Start listening to La Mega radio, and many other Spanish radio stations myTuner radio has to offer you. Enjoy the language, the music and the shows on your browser, device, desktop or on your Apple TV and start having a mega good time!