Discover One Free Radio App at a Time!

Written by myTuner on May 1, 2016 in Announcements and Updates . 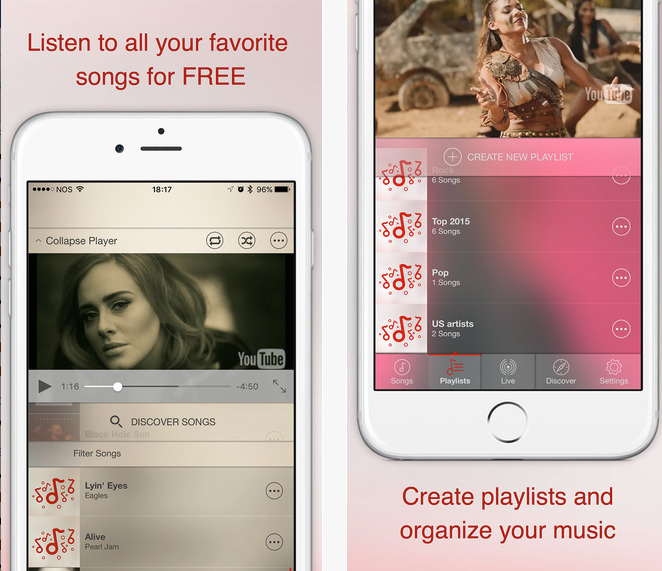 Let’s start by order of appearance in the market. myTuner Radio app for iOS is the oldest free radio app of the myTuner family. It was launched on April 28th, 2012 and it currently has 20 million users and growing. The fact that it has 20 million users and 30,000 stations should be reason enough to download this app, but wait there’s more… this free radio app features 150 countries from all over the world which means you can listen to practically any station you would like in the world.

Plus, you have more than 87 music genres to choose from. In addition, not only does this free radio app brings you radio stations, but it also features 1 million podcasts with rankings per country. Moreover, if you enjoy discovering new songs myTuner Radio app brings you the latest musical novelties with the most sold songs per country. With myTuner’s free radio app you can listen to the radio on the background of your computer or device while working and share what you’re listening to through social media (Facebook, Twitter) and by SMS and email. With this free radio app you can also wake up or fall asleep to your favorite radio stations by using the app’s alarm or sleep timer. The best part is that myTuner Radio’s free radio app is available for all OS (iOS, Apple TV, Android and Windows), which means you can enjoy it on all of your devices.

Another free radio app of the myTuner family is Music by myTuner. Not only does it allow you to stream and organize music directly from YouTube, build and manage playlists, but you can also use it listen to curated radio streaming services.
The myTuner family also features free radio apps focused on specific music genres like relaxing music, classical or jazz. myTuner Relax brings you 44 songs (more than 5 hours of music), encoded at 320 kbps, to listen whenever you want and more than 85 different radio stations dedicated to relaxing music, searchable by country.

Last but not least important is myTuner Classical and myTuner Jazz. myTuner Classical is also a free radio app which offers you 60 of the most famous classical songs, 200 classical radio stations and allows you to learn more about your favorite composer.  In addition, myTuner Jazz another free radio app by myTuner offers you more than 50 elegant jazz songs and more than 250 jazz radio stations, searchable by country.  Each free radio app aforementioned (myTuner Relax, Classical and Jazz) allows you to have more songs to listen to if you upgrade to the Pro version.
A free radio app by myTuner is a little box full of surprises, where you can find almost anything from stations to music and podcasts and this should be music to your ears!

Enrique Iglesias Blasts at No. 1 on Latin Airplay