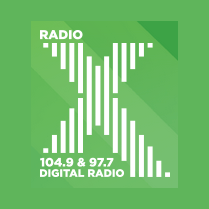 Radio X Manchester is a commercial radio station based in Manchester, United Kingdom. This station is owed by Global and plays a mix of popular indie and soft rock. Radio X has employed a vast number of DJs that have became famous such as Ricky Gervais, Karl Pilkington, Stephen Merchant, Simon Pegg, Christian O'Connell, among many others.
Radio X was formerly known as XFM. XFM was aired for the first time on 15 March 2006 and was at the time owned by GCap Media.
In September 2015 XFM Manchester was replaced by Radio X and became part of the Global Radio group. "Love Machine" by Girls Aloud was the first song aired by the rebranded Radio X.