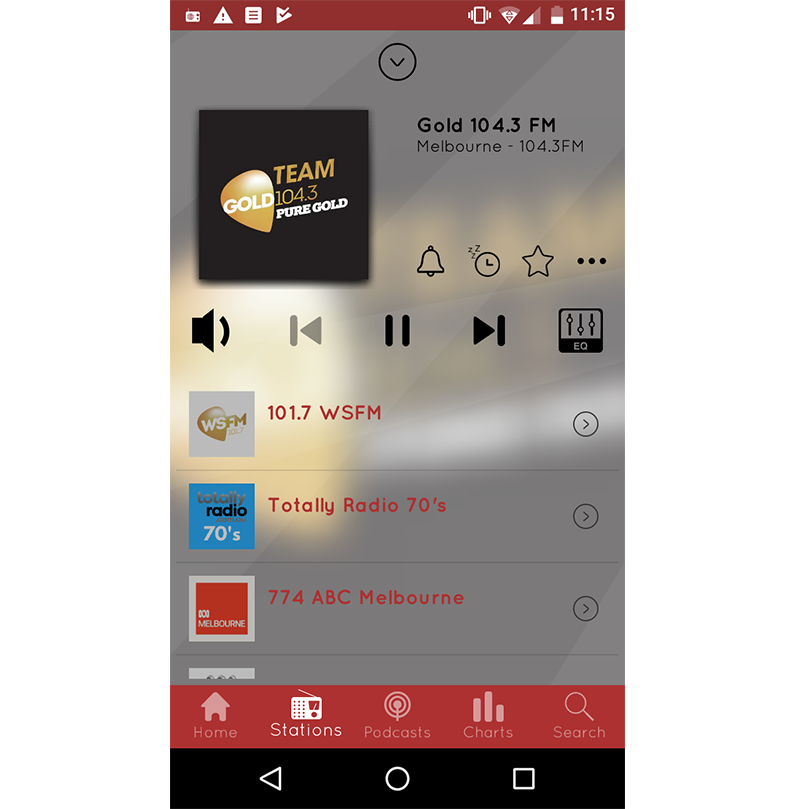 myTuner Editor’s Choice for the month of May is the Australian radio station Gold 104.3. This station, with the call sign 3KKZ, is a radio station that broadcasts in Melbourne on the 104.3 MHz frequency. The station is part of the Pure Gold Network (group that is itself a part of the Australian Radio Network) and focuses mainly on a classic hits format.

The KKZ call sign derives from 3KZ that was one of the “old guard” of Melbourne radio stations, being converted to the FM band in 1989 and relaunched as KZFM in 1990. One year later, after the change in ownership to the Australian Radio Network, the station’s name changed to Gold 104 and with it the station’s slogan that went from “Hits And Memories” to “Good Time Oldies”, and so did the playlist that was revamped to hit songs from the 1960s and 1970s.

Nowadays, the station majorly plays songs from the 1980s and also a selection of songs from the 1970s, 1990s and early 2000s, under the banner “better music and more of it”. The current presenters include Christian O'Connell, Craig Huggins, and Gavin Miller. They all bring you great music, which you can listen to on myTuner Radio, on practically every platform, from mobile devices (iOS, Android and Windows Phone), desktop devices (Web, Windows and Mac), wearables (Apple Watch and Google Wearables), TV sets, set-top boxes, connected cars and now also on Alexa, Sonos and Roku. So, just press play and get ready for “better music and more of it”!

myTuner Radio is on Roku!