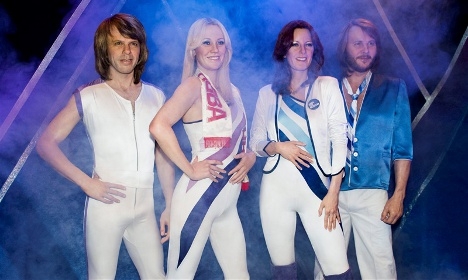 Tuesday afternoon was the day to (almost) fulfill the dreams of Abba fan’s.

Abba The Museum in Stockholm received yesterday 4 life-size silicone figures of the members of one of the world's most recognizable band names and also considered one of the most successful pop/rock acts in history.

After more than 30 years apart, the group reunited to the tune of the Abba song “Arrival”, landing by helicopter on the roof of Abba The Museum.

The figures cost more than a million Swedish kronor and were all designed with the consent of the “real” Abba members.

Band members say there will be no reunion in the future, so this is probably the best that all Abba fans will get.

Was the universe teaching a lesson to Madonna?