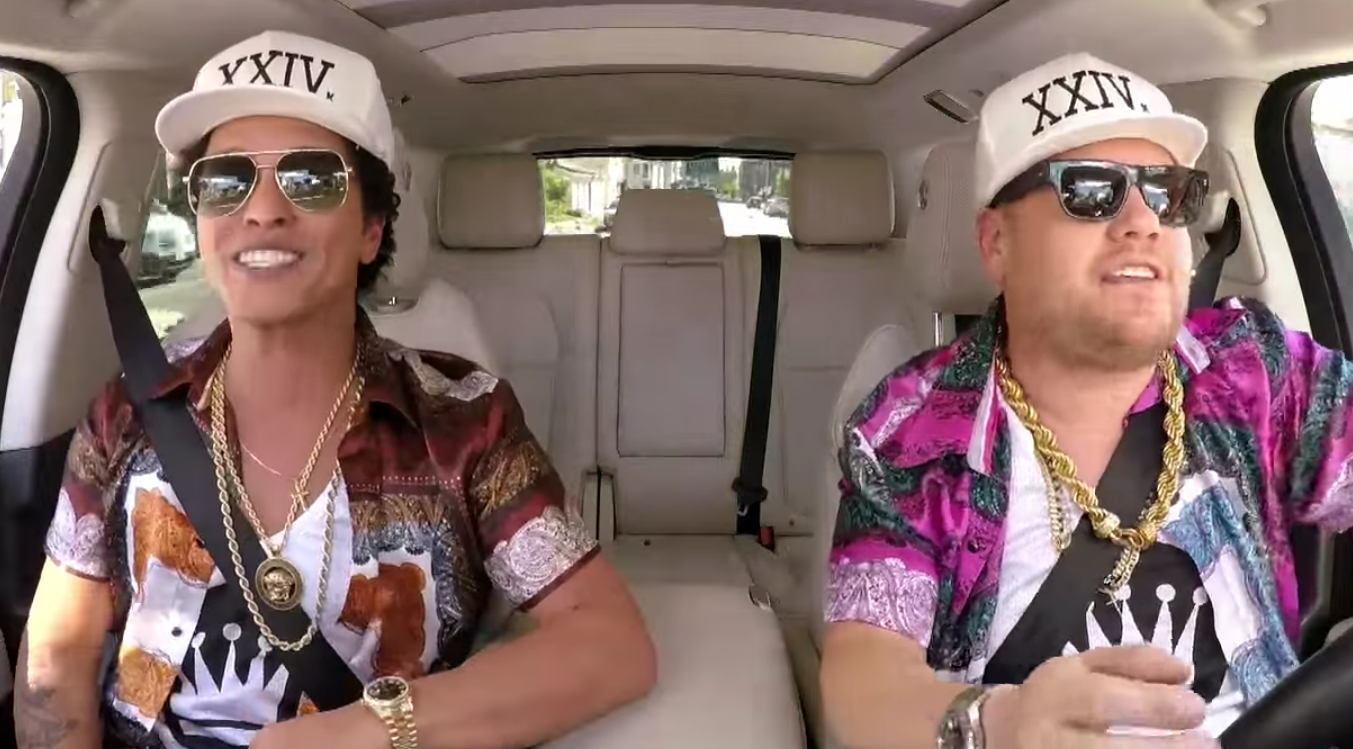 Bruno Mars is the most recent artist to join James Corden on Carpool Karaoke.

This episode of Carpool Karaoke aired last night and was one of the most cheered up episodes.

During the lift, Bruno sings some of our favorites like “24K Magic”, “Grenade”, “Locked out of Heaven” and “Uptown Funk”.

Mars confessed that he used to imitate Elvis when he was 4 years old.

Watch the full episode below: