Skrivet av myTuner on 24 oktober 2016 i Artists , Concerts and Events . 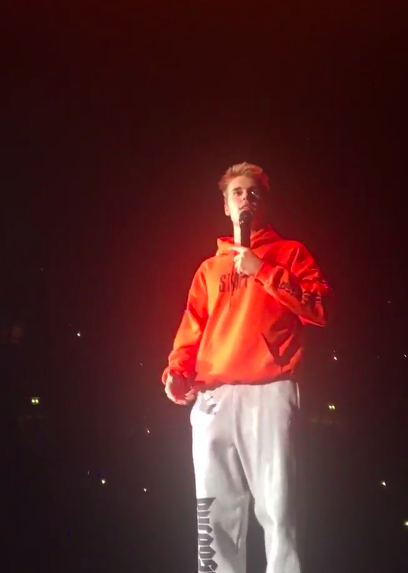 Lately this tour is not going very well for Justin Bieber.

First, he told off Birmingham audience for their “obnoxious screaming”, then, on his first concert in Manchester, he told the crowd they were making too much noise!…

And now he left the stage last night in Manchester because people would not be quiet while he was trying to speak: “I appreciate all the support. I appreciate love. I appreciate the kind things. But the screaming in these breaks has got to stop. Please and thank you. I don't think it's necessary when I'm trying to say something and you guys are screaming.”

People decided to ignore his pledge and continued to scream so he decided to drop the mic and left the stage, leaving the crowd booing while he was gone.

Justin Bieber walks off stage at the #PurposeTourManchester after fans continued to scream when Justin said not to. pic.twitter.com/PPiG66fdaG

After a little while he returned to the stage and continued with the concert: “I'm just going to quit the talking alright. I'm not going to talk the rest of the night. We're just going to do the music. Obviously Manchester just can't handle it so let's do the music.”

What do you think of his attitude? Justin Bieber felt like the crowd don’t respect him, do you agree? Or do you think he needs to be more patient?