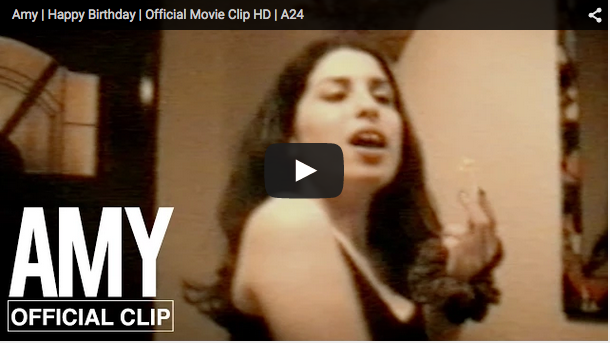 A new clip from Amy Winehouse documentary was released yesterday. In the clip we can watch another never-before-seen footage of the artist.

In the clip we see Amy with some friends singing “Happy Birthday” to a friend. Despite the young age we can noticed Amy’s talent for singing and drama acting.

Often remembered for her problems with alcohol and drugs, this film also show us some moments of her early life where we can discover a different side of the artist.

The official trailer was released on May 21st (watch it here).