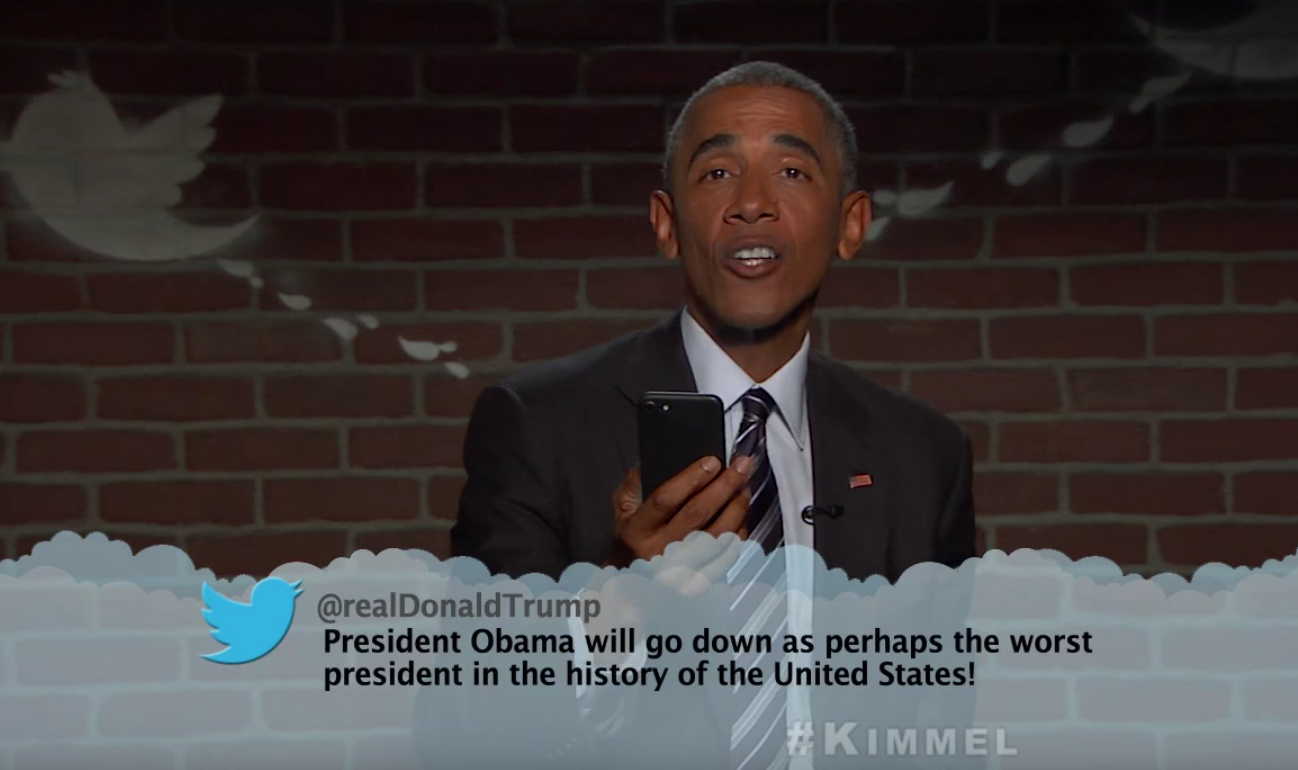 For the second time, President Barack Obama accepted Jimmy Kimmel invitation to a round of Mean Tweets.

But this time was extra special because, in the middle of random tweets, @realDonaldTrump had something to say: “President Obama will go down as perhaps the worst president in the history of the United States!”.

And what was Barack Obama’s answer? It was hilarious, watch it below:

Apart from this funny sketch, President Barack Obama has also sat down to talk with Jimmy Kimmel where he was asked if he would run for President again if it was possible, to which he answered that Michelle would divorce him if he ran one more time.

For news about the elections follow your favorite news radio stations with myTuner Radio.