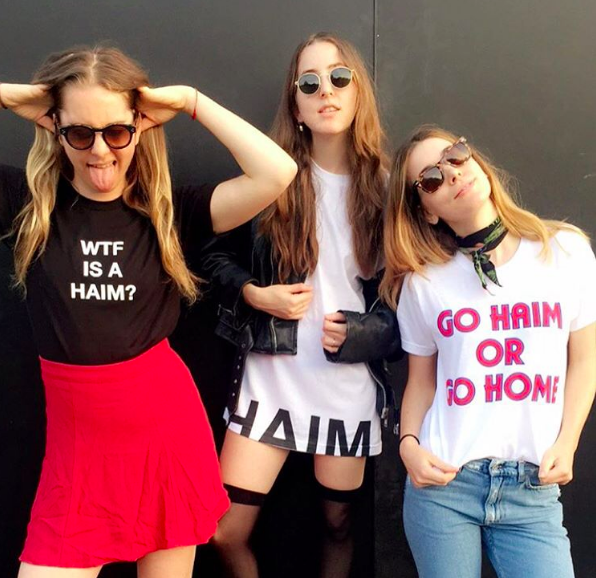 The trio of sisters have promised the fans that hey would hit the road this year with fresh new work.

And this week they delivered on their promise.

Yesterday, May 17, Haim debuted two new songs during their concert in Santa Ana, California at The Observatory.

This was their first show since February.

The two new songs are called “Nothing’s Wrong” and “Give Me Just a Little Bit of Your Love”.

Apart from the fresh new work, they also covered Prince’s “I Would Die 4 You” during their gig.