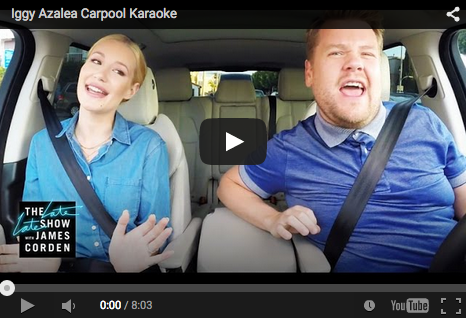 No, he is not her made of honor not even her wedding planner.

The rapper who’s engaged with Nick Young, joined the James Corden’s Carpool Karaoke, and in the end they both decided to try some Wedding Desses!

Selena Gomez is all grown up