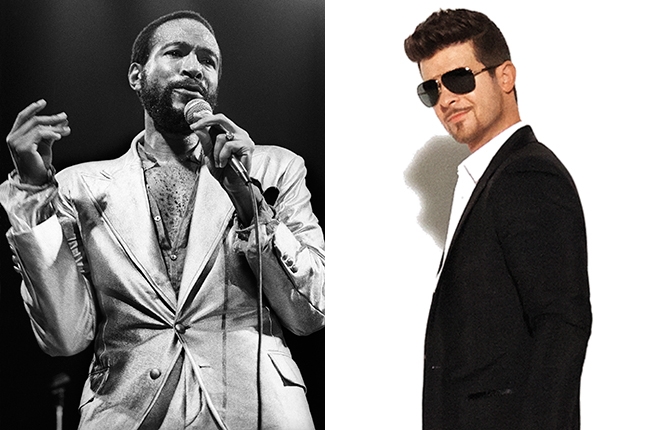 Pharrell is being sued by the Marvin Gaye family members, that claim that the song steals beats and chords from the “Got to Give It Up” song.

According to the “Happy” singer’s, Pharrell Williams, the inspiration to “Blurred Lines” didn’t came from Marvin Gaye, but from Miley Cyrus.

Williams said that he admires the Marvin Gaye’s work and would never steal the work of someone he really respects.

Pharrell spent over an hour in court describing his musical process, and now is in the hands of the jury to decide who is right.

And what do you think? Is Pharrell telling the truth or not?

Listen the mash of the two songs:

Lose yourself in Eminem’s life story