Most Played Songs on myTuner Radio in 2018 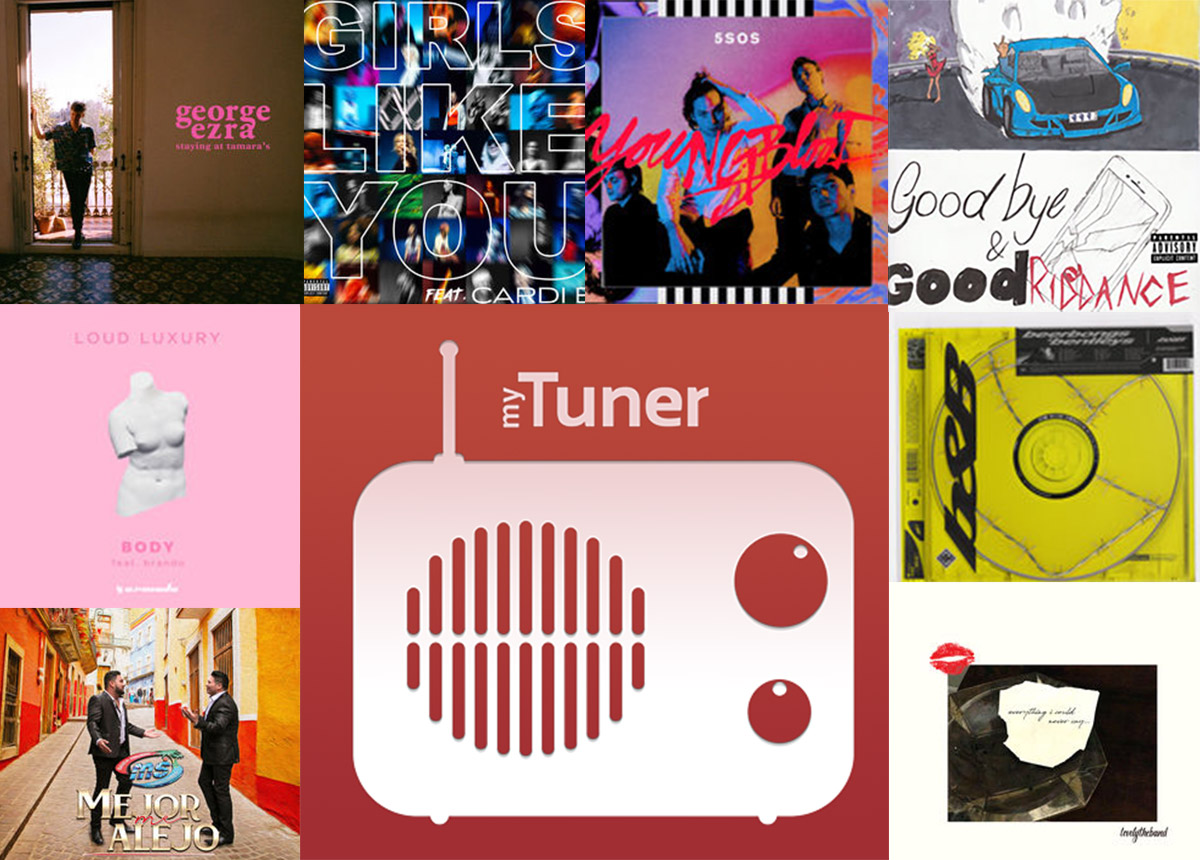 2018 brought us new hits that we could sing to, dance to, or that we just felt relaxed or happy by listening to it. Curious about what songs are the most played ones on myTuner Radio in 2018?

On a worldwide level, the top 5 songs that played the most on myTuner Radio were Maroon 5’s “Girls Like You” at number one, followed by George Ezra’s “Shotgun”. Clean Bandit comes next in the list with “Solo”, while David Guetta is in the fourth position with “Flames” and 5 Seconds of Summer comes out in fifth with “Youngblood”.

In the United States 5 seconds of Summer’s “Youngblood” is the most played song, followed by Juice WRLD’s “Lucid Dreams”. In third place is Selena Gomez with “Back to You”, followed by Banda MS with “Mejor Me Alejo" and Post Malone with “Better Now”.

When it comes to Canada, 5 Seconds of Summer’s “Youngblood” is also number one, just like in the USA. Curiously, this is the only song in common within the top 5 songs of the American chart. In second place is Loud Luxury’s “Body”, followed by Maroon 5’s “Girls Like You”. In fourth place is Lovelytheband’s “Broken” and in fifth Post Malone with “Better Now”.

In the United Kingdom, the most played song was Maroon 5’s “Girls Like You”, followed by Jess Glynne’s “All I Am”. Rita Ora comes in third place with “Let You Love Me” and Freya Ridings comes next in fourth place with “Lost Without You”. In fifth place is Clean Bandit’s “Solo”.

In Australia preference’s go to George Ezra’s hit “Shotgun”, followed by Dean Lewis’s “Be Alright”. Panic! At the Disco’s “High Hopes” is in third place, and Marron 5’s “Girls Like You” and 5 Seconds of Summer’s “Youngblood” are in fourth and fifth place respectively.

myTuner Radio features 50 000 radio stations for you to choose from, so in 2019 take myTuner Radio with you everywhere you go and make sure you enjoy the great music that  2019 has to offer you!

The Most Listened Songs on US Radio Stations